So, I read a thing recently about a Test Pyramid. It was quite long and irrelevant to my situation. I got bored and overwhelmed.

This is not to say that ‘that’ Test Pyramid was useful to someone in their software testing context, but to me it wasn’t.

But it gave me an idea for my own Test Pyramid. 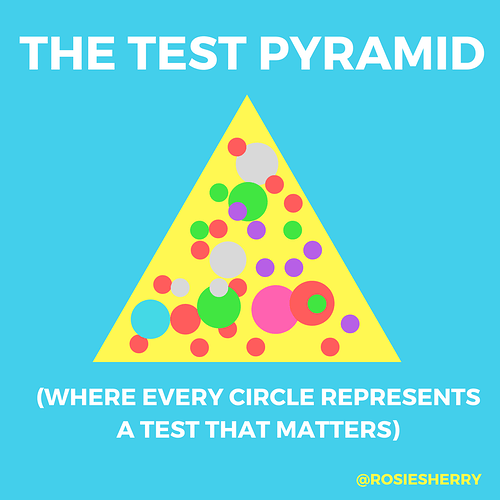 It also made me wonder what other Test Pyramid things are out there. Here are some I’ve found, I’m sure there are a ton that I’m missing… 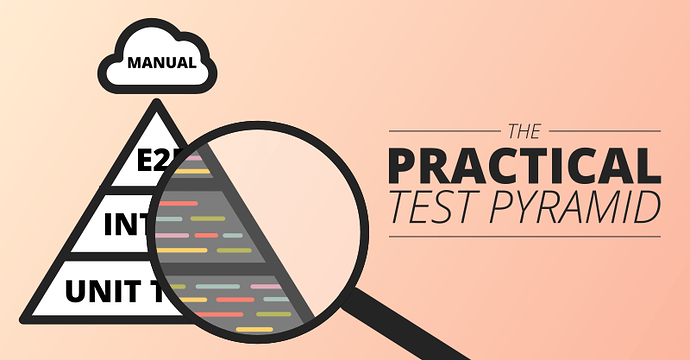 Find out what kinds of automated tests you should implement for your application and learn by examples what these tests could look like. 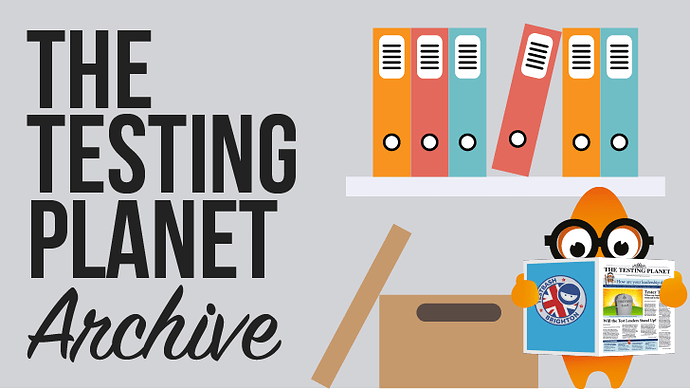 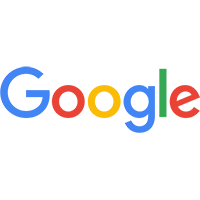 by Mike Wacker At some point in your life, you can probably recall a movie that you and your friends all wanted to see, and that you and y... 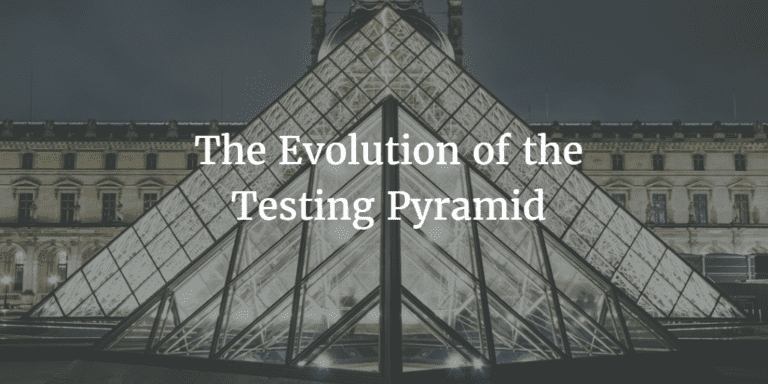 The Evolution of the Testing Pyramid

A comprehensive look at the traditional system testing pyramid, from how it originated to how it has evolved over the years

I’d also love to see more simplistic versions, if anyone is up for creating drawings/diagrams/models to explain testing? (it doesn’t have to be a pyramid)

Hi!
I agree with colour approach, but first premise, that this is pyramid is wrong. Here and in all other testing pyramid articles.

Which brings us that we have four more dimensions which could be used to describe testing techniques.!

Haha, will have to go back to the drawing board then!

I like what I saw on twitter, unfortunately I can’t remember who was talking about it, but it was mentioning testing dials where you can ramp them up and down depending on your context.

The pyramid is good as at the very least it gets people talking and thinking about where to test things, but it’s too restrictive. I like asking people what are their thoughts on the pyramid though as it’s a good discussion starter. 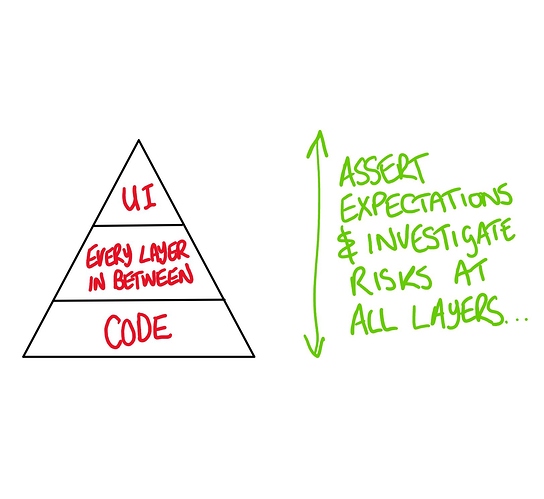 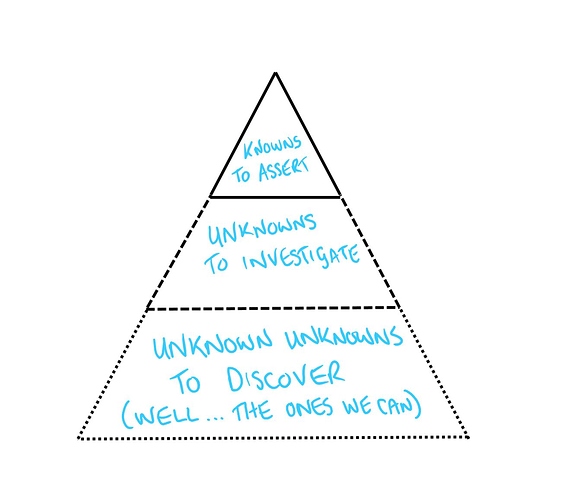 I’ve been playing around with refactoring the triangle recently too! Here’s some ideas

I was nothing short of blown away over the past few days, when some comments I made on twitter about UI automation caused a lot of folks to raise their eyebrows. Here’s the tweet in question.…

Gregory Paciga wrote about Testing is like a box of rocks.

I was inspired today by Alan Page’s Test Automation Snowman. He makes all good points, but let’s be honest, the model is the same as the good ol’ test pyramid. The only difference…

There is also the Test Mushroom! 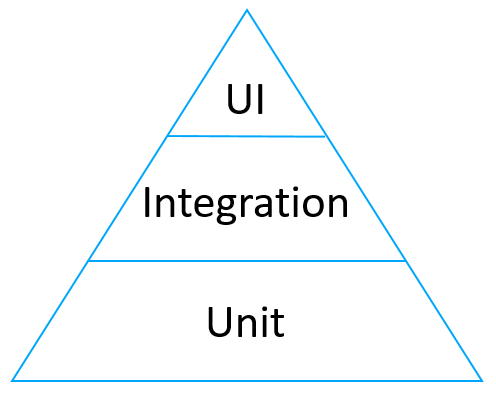 Post summary: In contrast to Test Pyramid, Test Mushroom shows a test portfolio which is restricted to costly and slow UI tests only. In the current post, I will describe approaches to act on your Test Mushroom hence improve your testing. Test...

I’m currently developing the testing rhombic dodecahedron. It will revolutionise the industry

Another related article I found - https://medium.com/@fistsOfReason/testing-is-good-pyramids-are-bad-ice-cream-cones-are-the-worst-ad94b9b2f05f