Developer said that testing is at the bottom of engineering

Hi again!
Here I am with another rant…

Some time ago I was ranting about developers being rude to me at work without even knowing me at all, I mean, they were just being rude to start. And… well… so last Friday I went out for a meetup event and afterwards I joined a small group going for a drink.

It was bad in many ways but, the important part: so we were speaking about careers and about the fact that if you don´t get an official degree most companies won´t even consider you for a technical position. So I said that things are changing and getting more into, I don´t know, being effective and real, and today you can learn, for example, in bootcamps or in places like this Ministry of testing instead and if you build a portfolio showing your skills you can be hired because you are totally fit to perform the job.

This guy didnt like my opinion apparently, he started bragging that he was an engineer yadda yadda yadda and in his company this won´t happen. And I said that in mine actually I know some testers that started studying many different things but then studied this technical field and got hired, but that actually I had to take my own courses to improve my CV with things that were not explained during the official university engineering career to perform my job.

And he replied: “but you said that it´s testers” “yes and?” “well, of course, that´s the bottom of engineering, of course they hire anyone”.

Well, I got very annoyed for obvious reasons.

Sorry, just ranting. havent you found people like this? Tell me that you have, please.

A developer who says that is in my eyes not a good developer because he cannot work in a team. I’ve seen many developers with this attitude and it’s hard to change that sometimes. He’s basically what we call ‘a toxic person’.

He thinks testing is at the bottom because that’s how he learned it. Developers often think they are better then testers due to the lack of knowledge of what testers can do. They only think you ‘click on a button x100’.

At universities developers rarely learn how to test their applications and when they do… the teacher will often say ’ testing ugh’. There is no course about testing or test automation, shift left, shift right, performance testing etc etc… it yet has to be discovered by them. So they learned that ‘testing = ugh’ without thinking for theirselves.

And remember one of the reasons testers have been ‘invented’ is because of poor development quality.

So you are definitely not alone in this and you’ll see it again. I don’t really have a strategy on how to make it better but from experience just work with them show them what you got and they’ll see what you can do and they’ll start thinking differently… that testers are needed & equal!

Next time, you could ask such people why they think so. Some reasons which I can think of :

1 - He has bad testers on his team and they don’t really contribute much to quality. He has probably been in too many such companies/teams.

2 - He is ignorant and/or a jerk. Don’t assume this before you get the details though.

Your ability to have a meaningful discussion with such people depends on your own skill & intelligence and their willingness to listen & learn. You could also ignore such people or tell them that your company would not hire such people.

PS - This guy must be writing bug free code.

@kristof - People can have aptitude for testing and/or software engineering. I wonder if great software engineers always have great testing aptitude by default. If they generally don’t, then their team needs to find someone who has great aptitude in testing. I avoid analogies, but I wonder if its a case of “everyone can play guitar, but not everyone can play difficult stuff even with a lot of practice”. Also, every guitar player cannot be a good composer.

I might have misunderstood your point but let me try it with your example “everyone can play the guitar”. It should be:

“Everyone should be okay with it when someone else is playing a guitar” – eventhough you are a pianist if you feel where I’m going with this?

I’m not saying the developer should become a tester or have a tester mindset (they should!) but he should appreciate what he does.

Ha Ha. Testing is the bottom.

That’s like saying we don’t need people to drive school busses, we don’t need people who empty the bins. And completely assumes that securing a role as a test engineer does not require skills on your CV. 10 years ago, sure, you could get a job testing with only a secondary pass. That changed a long time ago.

I guess some people forgot that to be a good tester, you cannot be an (insert term-here)-hole. While being a top developer does not clear your name.

Let’s take a step back.

Anyone who feels the need to feel better than other people, whatever the reason, is just an insecure sack of shit. This has nothing to do with developer versus tester, this person is just pathetic.

Shrug it off, don’t let this person make you think differently about yourself. Rock on

I agree we don’t need jerks and drama. Its not our duty to reason with such people. But, if we feel like it, then we could ask them why they think testers are at the bottom. Such discussions might reveal big problems in the org that might have remained unaddressed for too long.

Talking to such devs might show you whether they concede their position when presented with sound arguments and/or evidence. If they genuinely do so, then you have “created” a dev who might advocate for (good) testers. Even better if the dev is in a position to make decisions on engineering & management.

OTOH, you too might end up conceding your stance on some things, or you might realize that this person is actually overconfident and shallow (i.e. not worth talking to further). Who knows? But, you must be an intelligent and excellent tester to start such discussions. Otherwise, you’ll only reinforce their beliefs. As an aside, it would not hurt if you already had some practice in debating things and knowing how to keep biases in check.

Why do some devs think that way? Maybe they have worked with all/mostly bad testers. I know orgs that are bad in general, and their testing dept has excess headcount. No one seems to be able to fix the testing org which leads to frustration. Perhaps the org and its testers have done all the things mentioned here to kill testing link. So, I can understand why developers might be frustrated. But, venting that frustration by being a jerk is unacceptable, regardless of the reason for frustration.

Have you worked in companies with too many bad testers? Have you only worked in orgs with good testers (i.e. you have not seen cases where testers are the problem)?

PS - If you don’t have the time or don’t want to engage in discussions with such devs, then you could ask them to watch this video. Perhaps, it might show the dev the value of testing and of (good) testers. Let James Bach do some of the hard work on your behalf. 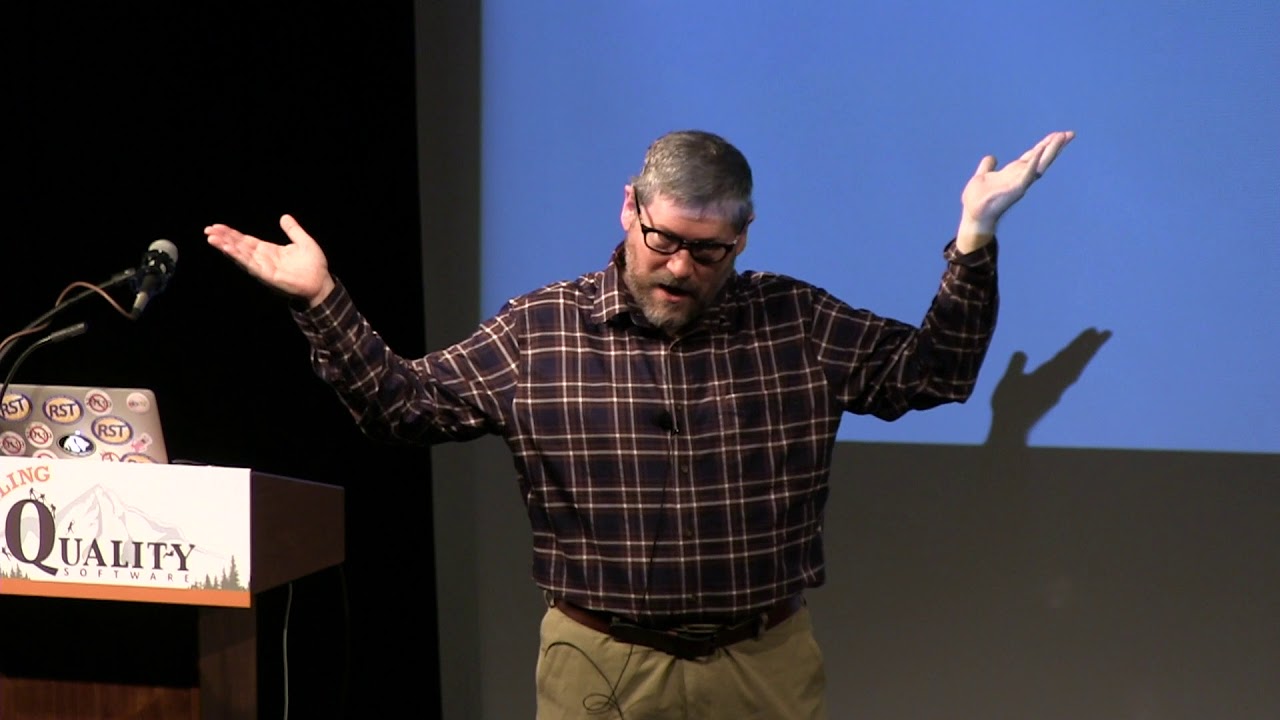 I will second that, every new tester needs to watch this video above with James Bach. Even if you don’t agree with everything he sprouts, every tester should watch it once.

We need to remember that all engineers have “security” issues, so coders singling out testers becomes easy, especially if they have had to work with some testers who were not good at explaining their value. Always have an “elevator pitch”, that thing you say when the CEO of a 2BN dollar company you work for asks on the way down from the 10th floor. “So what is it you do here?” Live that elevator pitch, really live it so that nobody can say testers are the bottom.

I would argue that:

Bakers are natural evaluation to efficiently feed lots of people at a lower cost. Giving others time to complete other jobs, because we are not all baking bread.

Firefighters are a natural evaluation to efficiently fitting larger fires. They allow others greater capacity to do other jobs due to the way they apply their craft.

Are Testers therefore a natural evaluation of Software Development. Allowing an complex software to be developed efficiently at scale?

It were just example that were on top of my head at the time but in both cases yours and mine we come to the same conclusion. Bakers are natural evaluation to efficiently feed lots of people at a lower cost.

So are Testers indeed, we didn’t want our customers to report the bugs and find them before the customers. So in a matter of speaking yea testers therefore are a natural evaluation of software development.

In my case, I definitely feel like I work with good Developers who don’t make heaps of bugs.

I provide value by adding capacity and expertise for the benefit of the overall process of delivering software.

Or putting it another way, Testers are very useful even when developers don’t make lots of bugs.

Obviously I’ve met the odd develop who is clueless about testing. But I’m not sure if it’s just that I’m in strong teams, but such bad developers feel few and far between. And the good ones are more the norm.