We recently had a meetup of 99 second talks in Belfast. One of the speakers talked about being a coach to their junior testers.

What skill sets would you say test coaches require?

What things can a tester do to push their career down this path?

This in my oppinion requires a deeped understanding of the question. Why are you interested in this? Do you wanna become one?

P.S.
Generally speaking I would say if you have a skill somebody new to testing does not have yet that makes you a good coach for that perticular skill.

Another skill a coach has is to be able to see things from the junior testers point of view. When I started learning, I struggled and learned from my mistakes. When I became good at testing I often wasn’t fully aware of all the things I knew and was utilizing. As I become a better coach I realize the things I normally take for granted and make less assumptions about what the junior tester knows. Essentially, I learn to ‘dumb it down’ but hopefully, without being condescending.

I’m interested because there has been a lot of talk about it lately. I don’t personally see myself becoming one in the near future but I know some people do so some advice for those people is what I’m interested in.

I’d disagree with your second point though (the PS bit). I’ve seen quite a lot of people be exceptionally good at practicing what they do but they are terrible coaches to others for it. Perhaps it’s linked to their communication skills.

Yeah I agree, you have to know how to talk to people and want to do it in order to communicate what you know.

Let us say you have done a year of exploratory testing, and a novice with a week of experience asks you what are the top 3 things you have learned, would you refuse to share that with her? The point I am trying to make is that sometimes its not you who decides to be a coach, its the ones that need your help that decide you will be their coach.

So now we have a few things we need in order to be a coach (I’m paraphrasing responses here to illustrate my understanding of the responses):

So, assuming that I have these attributes, can I be a coach?

I am still not sure what is the problem we are solving here. I can name many scenarios where this definition is insufficient and many where this is too restricting as well. One reason I am confused in probably because we are trying to define a “coach” and there may be multiple definitions based on the context.

I would boil it down to a bare minimum of Level 0 coach:

I think that’s a fair point. I guess based on my experience the sharing what you’ve learned is returned as a bulleted list of sorts. “Documentation”, “Prioritization” and “trust your gut” could be the top three things but those answers aren’t necessarily helpful. Elaborating and giving resources to read up on could be more useful to the new person or even doing as you have done here replying with “Why do you want to know that?”. I think there’s a way to communicate back to people who ask the top 3 learnings question and some are coaching while others are less so.

I do wish I kept the list of resources my coaching-coach gave me, but I lost those notes (And am too lazy to look them up again). But I do have the advice which he offered which has helped me quite a bit.
First, asking questions (or as @gus said, “Asking open questions”). Questions are great because the right questions not only encourage thought about the issue where coaching is being applied, but they also give the recipient the perception of caring from the coach. While the coach may actually care, a lot, if the coached doesn’t feel like there is care (or at least respect), then there probably won’t be a lot of learning going on in that relationship.

However, I have seen industry leaders who offer coaching services meet sincere requests for advice with challenges rather than (obvious) respect. Does this make them a bad coach? My own answer is (and I answer this a lot), it depends on the context. If the recipient of the coaching finds being challenged as a form of respect, then the discussions which start that way can be very instructive. If the recipient finds being challenged as a form of conflict, then that coaching style can only cause adversity and resistance. Great ideas can be lost in the ensuing argument.

But I suppose, in order to further the discussion, we could ask ourselves these questions:
What is a coach? How is she different than a mentor? Than a teacher? Than a manager? Than an industry leader?

Can you coach skills which aren’t in your domain of expertise?

Can anyone offer an example of practicing coaching skills outside of the software design world?

Can anyone offer an example of practicing coaching in the software design world?

Wouldn’t say I’m a test coach in the sense most people are talking about here, however, I have coached testers and outside of testing before (football, former national D licence holder), and there is commonality across them.

A good coach needs to have a plan of action in place, can’t go in blind and just ask a tester/player to do whatever you ask. You need to set out in your head or on paper how you plan to get to your goal, which could either be a piece of automation code, test scripts or a way of playing football.

Second is trust, you earn it over time, but gaining the trust of who your coaching is very important, as otherwise if they don’t trust you, you’re may never achieve your goal (or if your do, it will done slower). How you go about earning their trust is entirely up to you. I personally find the “practice what you preach” method best, as it shows you know what you’re doing and also gives any tester/person belief that it can be done.

Caring/Understanding who you’re working with. Everybody has different personalities, so finding out what makes that person tick will help you along the way. Some people get very disheartened when something goes wrong, while others become more determined. Some take everything personally while others couldn’t care less what is said. So finding out about the person will let you know what you need to do to help them.

Honesty is also important, if you feel a tester/QA is going down the wrong path with something (like their scripts/plan/career), tell them, it would be better to let them know before they make a mistake (but do it nicely!).

Let them express themselves. Micro management is fine for some people, while others prefer to let them do whatever they want. I would be more of the latter, but with goals in mind. So I would encourage anybody I worked with to do things their way, as if you force them down a route their uncomfortable with, it won’t work for them or for you.

Being able to motivate both yourself and the team is important, as if you don’t believe in yourself or the team you won’t achieve any of your goals.

This may seem stupid one, but I have seen it done in an office environment and it makes me feel very uncomfortable each time (realising this might be more of a personal gripe then advice!). But NEVER raise your voice, not in anger, or trying to get somebodies attention. Never. It always comes off as overbearing and angry, and will either make you look a fool or worse. You want somebodies attention, go over to them. You’re angry with somebody, fine, don’t shout at them, never solves anything. Sit down with them and work through why you’re angry with them.

If a tester is looking to become a coach, not too sure I can say too much here, but I’m my own experience, you learn by doing, so try to get more involved with projects, speak to your manager about it. Also, if you feel you would be a good coach, maybe try your hand at it outside of the testing work first to see if you really do like it. I did for a while many moons ago, and after a few months realised I sucked at it.

I think its worth starting of thinking about coaching versus mentoring. An experienced tester showing a new/junior tester the ropes is almost always mentoring. You’re the expert, guiding them to the correct answer.

Coaching on the other hand is about helping someone find their way to the right answer. Sometimes it helps if the coach isn’t an expert in the field so they don’t “take over” and provide what they think it the right answer instead of allowing the coachee to reach their own conclusion. Coaching relationships will usually be shorter than a mentoring one, and should be focussed on a specific issue or goal.

In terms of skills for both mentoring and coaching:

Listen - The number one. Focus on the person you’re coaching or mentoring. Really listen to them. Don’t interrupt. Don’t talk over them. Don’t spend the whole time thinking about what you’re going to say next.

Ask good questions - Don’t ask them “leading” question just so you can lecture them on something. Ask questions that help them build up their understanding of the situation, and help them work out the best next step. Obviously you might need to help them out if they’re junior, but maybe less than we think.

If you’re really interested and want to be a better coach then study it. There are loads of great books out there. Toby Sinclair posted some of his favourites at https://tobysinclairblog.wordpress.com/2016/08/01/5-books-about-coaching/

I’m currently the Test Engineering Manager, and we’re integrating all of our testers into our delivery squads. I’m going to continue doing what I was doing before, guiding testers in their career and their skills development, and getting them unstuck when they’re stuck. I just won’t be a line manager any more.

Will your company accept a formal title change to ‘Coach’, or will it be an unofficial title you’ll use within your department?

I have seen this role appear more and more at software companies. As a person whose has four years of experience in testing but none in a lead role, what are some of the skills and expectations of a test coach? Why have a coach role and a test lead/test manager?

I see Test Coach as one of the shifts/trends happening for test managers. We become test coaches rather than test managers. Sometimes we are only in the teams shortly to coach them on better practices. There’s a great piece here: 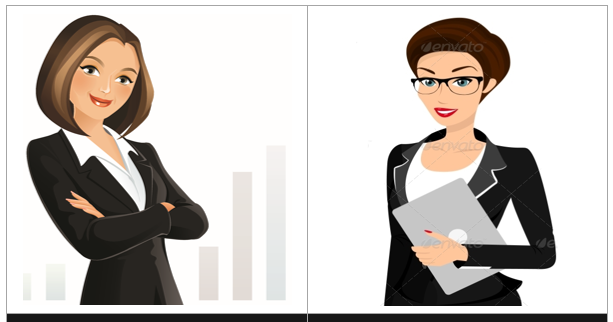 I've been working as a Test Coach for almost two years and I will soon be seeking to hire people into the role. One common attitude that I h...

How to start a Test Coach role

I received an email this morning that said, in part: I've been given the opportunity to trial a test coaching approach in my current empl...