What would be your ideal talk to see at TestBash Mobile?

We’re running our biggest call for papers yet and we have an opportunity to help speakers share their experiences on topics you’d like to hear about. To help spark some ideas for our future TestBash Mobile speakers, reply with your answer to this question:

What would be your ideal talk to see at TestBash Mobile?

Personally, I’d love to see more about tools to assist exploratory testing Mobile apps. But what would you suggest?

I’ve been a mobile tester for 8 years and I guess I’m at this point totally blind for what new comers need information-wise.

I use several tools to improve my “quality of life” as a mobile tester like:

There’s probably more…Would this be interesting for people to learn more about?

There are also topics that have become less of an issue over the last years:

I remember when I first started back in 2014, device fragmentation was considered an issue. You sometimes found exotic bugs on specific device configurations. Right now, I’m not concerned about this at all. Why? Because we have better traceability tooling. I can check in Crashlytics what crashes we have. I can check in analytics what the top-10 devices + OS combo’s are.

And for exploratory testing I make sure to test on one small device + oldest supported OS in the simulator and it’s good enough. There are still tons of different Android devices, but it’s good enough to check for the worst possible situation (small screen, lowest supported OS) and be confident enough. I say this in the context of native apps, it might be different for Web apps that are supposed to look good on mobile, because then you’re back in browser-land.

That all sounds super interesting and super useful for other mobile testers.

I saw you mentioned similar on Twitter so I’ve shared the link here as there were some excellent responses to your thoughts and suggestions for others. 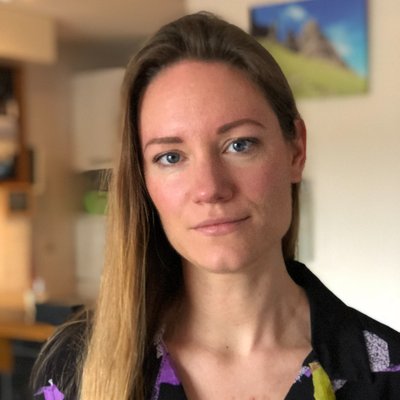 @Maaikees
As I've been active for 8 years in mobile testing I really should put a paper in for TestBash Mobile. The thing is, I'm kinda blind to what makes mobile testing "special". What would you like to learn about?
2 Likes
maaike.brinkhof (Maaike Brinkhof) February 22, 2022, 7:48am #4

Btw, there’s some confusion going on with the term Mobile Testing when people replied to my tweet. Some people thought it meant I test mobile web apps, but I only test native apps.

I’m guessing you want both types of mobile app testing covered in this Testbash?

Interesting point. I think as long as it covers one of those domains (native/mobile web) then it should receive some positive reviews. It definitely doesn’t have to cover both as a requirement.

I almost wonder if a talk that discuss the differences and challenges between both domains might be useful for others?

Maybe something on improving the testability of mobile testing. How do you get the most out of the process. Things like Scrcpy as Maaike mentioned are good but there’s so many variations with mobile, 3-4-5G, signal drop in the middle of a process, landscape with a keyboard up (mostly impossible on phones) and many more. How do we make all those easier?

Um, testing using own devices versus cost of using a cloud service - when I use a cloud service what is the network backhaul look like? Can i still hook into a local proxy and does the device have to be on a public network? How does one set up the mobile-cloud device’s VPN for non-public test farm assets and secrets? or do you have to limit what you test in cloud and split your testing efforts anyway to run most tests on-premisis?
Tools like scrcpy, vizor, apple simulators and android simulators, and how to run them optimally. Tools like gnirehtet or the apple “camera-connector” to remove need to use dodgy wifi and use reliable transports for less flakeyness? These are topics I want to hear about, much else would just be slideware recycling for folk who have been active in the domain a long while and needing aha! moment inspirations.

A few years ago I saw blind people using a mobile phone to plan a train ride. It was amazing to see people tapping on a black screen. Then they would state the number of platform from which their train would depart.

My ideal talk would have a title like: accessibility tested for mobile devices.