30 Days of Automation in Testing Day 26: Find, use and share your thoughts on a mobile testing tool

This video shows you how to set up the testing environment to perform Mobile app testing on Katalon Studio and run your first test case on mobile.

This tutorial will show you how to set up and use Katalon Studio's open-source Mobile Recorder utility to automate your mobile application testing process.

Katalon is also my favorite mobile testing tool that uses Appium, Node JS as base. Whatever can be done with Appium will be supported by Katalon. It supports both Android and iOS.

it supports lot of features, which are impressive.

Tests Recording- If you are not a Tester, who can do coding stuff, this is awesome feature. You can record both WebApps and Mobile Apps.
Object Repository Approach: You can spy the Web and Mobile Apps and add objects to your repository, and use it in your script. Someone who has worked in QTP a lot like me, would simply love this feature!
CI: Continuous Integration with tools like Jenkins almost very easily from the studio.
Code Repo: It supports GIT. That is also pretty much easy to use feature from the studio.
Data driven Testing: It lets you do, data driven Testing, with excel files, very easily, without much coding like creating objects to Excel file, creating instance etc…
Screenshots: Though this is offered by many other similar tools, this is also available.With a simple command. Mobile.Takescreenshot().
Debug Perspective: Yet another common but helpful feature is available

and many more cool features are available.

Especially if your project contains Mobile apps and web-service or Web-app and Web-service, using a tool like Katalon, would help you a lot in making Web-service and app talking with each other thro’ variables.

+1 for KATALON – much has been said, and I too have found it to be the epitome of test frameworks on the market, and lord knows I’ve messed with a few.

I remember when I first started researching mobile automation I came across the following (going waaay back):

… there are some proprietary frameworks I’ve used but the only thing I can say about them is they were a great foundation when I became a F/T QA Engineer. I had to learn JS real-quick.

In recent months, our team have opportunity to work on automation mobile testing but unfortunately, Client provided us web application was build from old techniques like Extended Javascsript, so there are some objects could found in Dom, but when automate with real devices - they could not be clicked

So for me, option number 1 maybe is the best choice until now.

I use Sahi Pro for Mobile Tetsing through an emulator. It gives fairly good results. 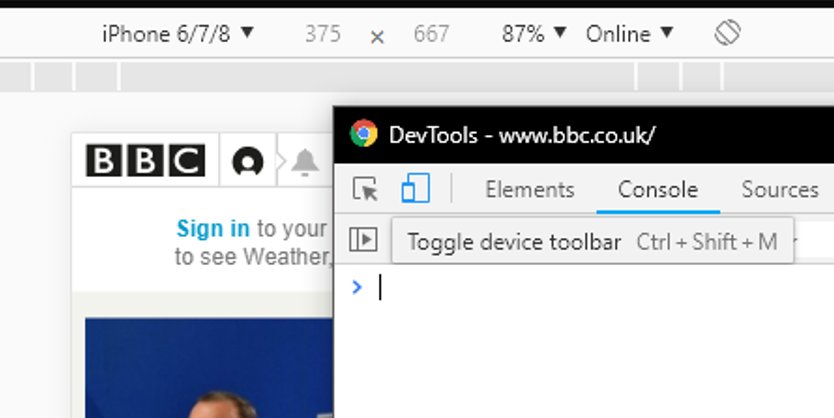 Day 26 of #30daysoftesting. Mobile testing is not something I'm overly familiar with but again I want to give some praise for `F12` (in Chrome; and no, I don't have Google shares). From here you can toggle the device toolbar and see what a website looks like on a mobile device

Day 26: #30daysoftesting Find, use and share your thoughts on a mobile testing tool Appium @AppiumDevs is great tool to automated testing on mobile. Its main advantages are: ✅Supports automation of hybrid and native apps ✅Support both platforms iOS and Android ✅Uses WebDriver

Katalon intergated with Browserstack is easy to understand and use when automation testing on mobile devices with limited of the real devices. You can refer to in here: https://docs.katalon.com/display/KD/BrowserStack+Integration