SWTC Cambridge - What is Testing?

thanks for coming down to our first Cambridge Software Testing Clinic Session on “What is Testing?”. It was great to have everybody so engaged in the exercises and discussions; I hope you guys enjoyed the evening as much as I did!

We touched on a quite fundamental topic to start off, which is worth exploring more. I’ll attach some of the content form the evening here, and also some links to more resources on the topic that might be of interest.

Leave a comment here if you have any resources you want to share, any comments or questions.

More on the topic:

And a few quotes:

“Testing is the process of evaluating a product by learning about it through exploration and experimentation” - James Bach, Michael Bolton

“This is the essence of testing: designing an experiment to gather empirical evidence to answer a question about a risk.” - Elisabeth Hendrickson

“As testers, one of our most important jobs is to reveal problems that threaten the value of the product” - Michael Bolton

Over to you! What do you think what Testing is?

The exercise with the script reminded me of a excellent presentation that Cem Kaner did in 2008.

In Cem’s own words

To see what is different about exploratory testing, contrast it with its opposite, scripted testing. In practice, most testing that people actually do probably sits in the middle, somewhere between pure exploration and
perf ect scripting. My bias is that most of the best testing sits a lot closer to the exploratory side of that continuum. And yet, I tell people they should use checklists to structure their work. How can that be? Aren’t checklists really just abbreviated scripts?

As a law student, and then as a lawyer, I relied heavily on detailed checklists and task outlines and templates for forms, but we were trained to use them as aids to critical thinking in the moment, rather than as directives to be followed. This talk considers that distinction, and how it has helped me approach many testing tasks in a way that provides structure but doesn’t restrict exploration. "

My personal favourite non testing book on checklists is that by Atul Gawande called “The Checklist Manifesto: How to Get Things Right”. It’s a great book that talks though how powerful checklists are and he uses a lot of examples from building to surgery. 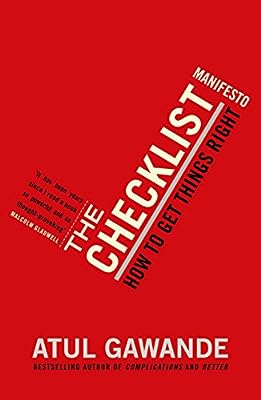 The Checklist Manifesto: How to Get Things Right. Atul Gawande