What is the first thing you ever tested?

For me, it was a clinical trial simulator. So a piece of software to simulate the possible outcomes from clinical trials rather than using real patients.

The first thing I tested was Colin McRae Rally 2005 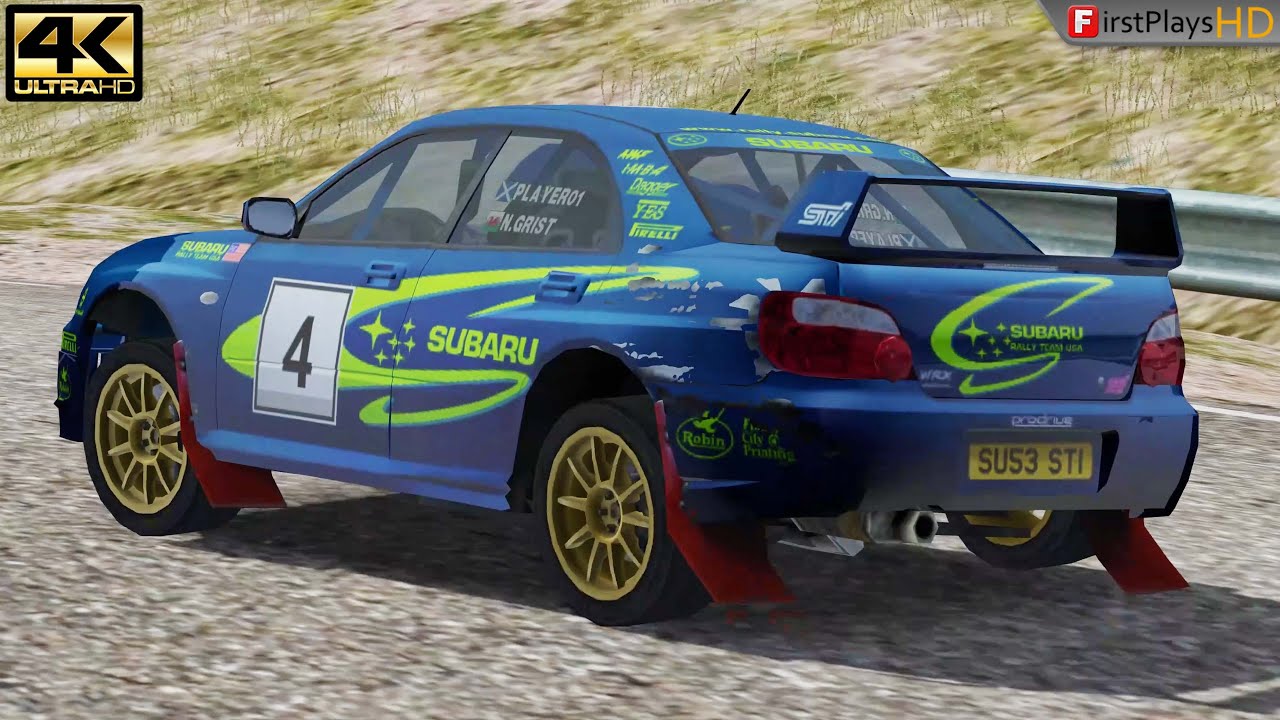 Probably the game that I am most proud of working on as well. Night shifts with a lot of Red Bull and Party Rings as we got close to release were a lot of fun too. Couldn’t do that these days!

First thing I ever tested was a data capture system for utility companies. Based on the collected data on the previous year’s activity and financial performance, the regulator would take decisions as to whether utility bills needed to be adjusted that year or if changes could be logged up to the next full review (at most, five years away).

If data was incorrectly recorded, or didn’t transfer into the main in-house database properly, decisions on household bills could be made on incorrect data. So, no pressure there, then.

A bespoke timesheet system while I was working in the accounts department. It failed and I was then moved into the “IT Department” (I feel old calling it that) and tasked with finding an off the shelf solution that fulfilled requirements. Thats when I realised I’m accidentally heading into a new career.

The first thing I tested in a professional capacity was one of the first automative DAB Digital radios. Sitting in a freezing room next to the broadcast tower (with the same range as KJAZZ from the Simpsons) listening to frequency tones and Steady as She Goes by the Raconteurs at an atrocious 16kbit/s…

First thing for me was not very exciting - it was a customer portal for gas bills and usage. However, I feel like I’ve been testing my whole life, trying to find glitches in games - first one I can recall is missingo in pokemon blue/red (Gameboy)

mid 1990’es I tested internet dial-up software for an internet provider.
Bak in those days internet was not always-on, and people had to install a modem connection locally.
We had the software developed externally, then we tested it in a lab of actual physical machines with Ghost tools to restore the OS. When the software was tested with shipped it with courier to the cd-rom production factory.

Yeah I’m that old. MY 14yo laughed at the whole concept of a cd-rom disc recently

I tested a library online catalogue. After I was done I discovered that I had tested the wrong version and needed to start all over again.

Going headstrong into the cliche here - I was born a tester I think… https://thetestingmuse.uk/blog/a-life-of-testing/

The first software I really remember testing was an interactive terminal application that I’d written to calculate immune reaction curves from blood test results. It was 1990 and I was a freshman, working in a university biology lab. One of the biologists there had found out that I had a bit of a background in programming and asked me to automate some calculations that he’d been doing manually.

I don’t remember what the formula represented, exactly, but I distinctly remember the bug. He’d given me the specs and some test data from a prior experiment, including samples of the correct output. The math was a little over my head but it seemed like a very straightforward calculation. No matter what I did, though, I could not get the numbers to match.

After spending my next few work study shifts embarrassed and frustrated, frantically trying to find and correct the bug on my own, I finally gave up and admitted that I was hopelessly stuck. I walked through the source code with the biologist, line by line, and he couldn’t see anything wrong with it either. I’d implemented exactly the spec he’d given me, as far as either of us could tell. After another few days and several conversations with colleagues, he finally figured out the root cause: the dreaded ambiguous requirement.

Turns out, the formula that I’d been given included a sub-calculation of the logarithm of one of its input values. The critical missing detail was that the formula required a log base 10 calculation, while the software function was returning the natural log of the input value. Once we corrected that, it worked perfectly. While I wouldn’t work in software delivery for another decade, it was a great lesson in the value of providing clear, unambiguous specifications.

Honestly, I don’t remember what exactly was the first thing.

Back in my high school days (2003~2007) I used to make mods for PC games and that work required some testing and tweaking until I get things right. That’s my earliest memory of real software testing.

Oh yes, @jesper - that was my era too! Burning CDs and ghosting desktop machines. The Good Old Days of cutting-edge tech!

I recall as a youngster, I was concerned about a sudden change in the depth of water in the river by our house. I cautiously took small steps (perhaps small tests) into the river to determine how far out I could play.

I developed and tested a Lotus 1-2-3 spreadsheet to support an x-ray diagnostic instrument. 1-2-3 macros were the worst.

First thing for me was a file system that was supposed to lay down video frames in sequential order on the disk, with no fragmentation to minimize head seek. This was ~15 years ago, and being able to read/write 300MB/s to spinning-disk RAIDs was a challenge, especially if you wanted to be able to have concurrent users.

I once had a boss who could write Lotus 1-2-3 macros at touch-typing speeds!

I don’t think I approach that level of proficiency. It did inspire me to write an intellisense-like 1-2-3 Add-In for macros - one of my prouder assembly language accomplishments.

I was standing at a production line for frozen fish in 1986 and the SPS controlled SIEMENS computer always got confused at one flap when the cut 16.5 lbs fish blocks were divided and pulled through under the flap from the conveyor belt. My suggestion at that time was to build a guillotine and after that was done, the somewhat too fast piece of fish was held better and this interference did not occur again.

I wholeheartedly agree with this notion. No accident I ended up testing as a job - even though I never really chose it; it’s who I am! Drives my husband crazy but now he counts himself lucky for “passing the test(s)”. Figuring out that I test EVERYTHING was a game-changer for our relationship

. Now he knows I’ll work through his ideas and eventually come around to them - once I’ve looked for everything that could go wrong of course!

First thing i tested was a website reputation traffic light system, ensuring that bad websites got the red rating meaning they were then blocked by our cybersecurity system. Lots of fun with rules/signatures for different sites and testing the thresholds…