Ask Me Anything: Automation - Marie Drake

Tonight we were joined by the awesome @marie.drake for an Ask Me Anything session on the topic of Automation.

I’ll make sure to add any questions that we didn’t get to and any resources mentioned during the session to this thread.

If you missed the live session, a recording will be available on the Ministry of Testing website for all Club level members once we’ve edited it and added captions.

Have you got any more questions you’d like to ask? Add them here

Marie mentioned a talk from @carloskidman at TestBash San Francisco 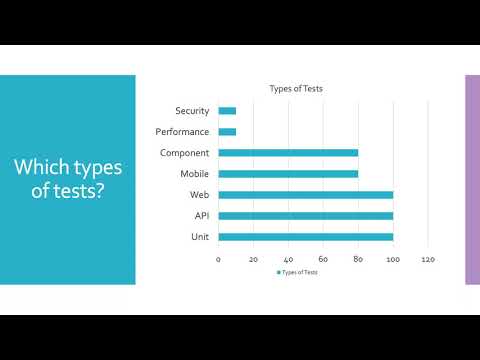 Marie also mentioned k6 and other performance testing tools, I’ve previously linked her blog posts about those tools here Performance: which testing tool and why?

Thanks all! I will answer the remaining questions next week. Please bear with me

Are there any performance tester courses you can recommend? I have some practical experience of automatoin, including recently doing perf testing using Gatling, which worked out well. However I’d like to possibly do a professional-level course to give me any additional perf testing theory and a certificate. Thanks.

I’m sure it was @gerardmccann who asked this. I’d suggest checking out

With the new course structure, once you complete this, it will be added to your profile as a completed course to give evidence of your learning

It was indeed me so thanks for the info @heather_reid and thanks also for publishing the Ask Me Anything details on Meetup as I’d have been unaware of it otherwise … great move!

The course you mentioned seems to be a free course which is great.

I also saw some other courses/material (example below) which seem to require Pro membership. Hopefully the new monthly option which Aine et al mentioned in the Meetup/Ask Me Anything may be within my company’s tight-due-to-Covid

spending limits. Will try hard to sell them on it … wish me luck

An alternative I was looking at was the ISTQB Perf Test course, but as with all things ISTQB, they can be quite theoretical and sometimes, there’s not so much revision material, and the ISTQB tend to require the ISTQB answer, not necessarily what works in the wild. IMHO YMMV

. I therefore suspect the MoT courses, which seem to be rooted in practicality, are better options.

I had been thinking ISTQB as my company likes certificates which is a wee hangup, but as you mentioned, I will get completion (for at least the free course) added to my profile so they may be OK with that.

Either way, I will sign up for the free course you recommended and give it a go.

Thanks again for all your/MoT help… You folks rock!

UPDATE: I actually now think the course is an expert-led one not an Essential, i.e. I need to get my Pro membership sorted

Your help with everything is much appreciated Marie. More than happy to bear with you as you’ve done so much for the community already! Enjoy your well deserved weekend!

Hey @ashraf2033 I believe I was talking about https://github.com/marak/Faker.js/ which is useful for generating random data.

Hi all, I’ve added my answers below. There are some areas where I’ve tagged other people as I don’t have much experience in those areas but hopefully these are useful

Btw: There are some lessons learned here:

30 Days of DevOps Day 26: Infrastructure as Code to be Tested Archive

A nice activity to ease us into the final stretch of 30 Days of DevOps Explore and share definitions on Infrastructure as code. What definitions did you find? In your experience do you agree or disagree with them?

Hi dear,
I need your help for the following two points please

How to illustrate or answer the points in simple way:

What steps would I describe how i would go about creating an automated testing environment for a company has 10 critical applications,

What steps are involved and how would I bring the people together on that journey?