Today’s challenge in the 30 days of automation in testing challenge is:

What types of testing can automation support you with? Share an example.

It’s been a while since I have used automation but here goes. For me, I see automation as a helper. I can use it at the API layer because let’s face it, I can’t be checking all of that manually

At the UI layer, I use Selenium to automate the boring/mundane/repetitive tasks. This then frees me up to explore the application more and use my time better elsewhere.

I know this isn’t the strongest answer, as I said, it’s been a while since I was automating.

What do you think? What types of testing can automation support you with?

For me, I sometimes create small Python scripts for those tasks that could be a huge time sink. Like comparing the data from three differently ordered documents of around 2000 rows. Or finding all of the valid possible test paths and therefore test cases of a phone IVR. Or even creating a Powershell script to run on my computer and shutdown orphaned processes from Selenium.
A large amount of my day to day work is now also taken up with creating and assisting the rest of the team with learning and using test automation; UI using Selenium and Node JS, Mocha, Chai, WebdriverIO; REST API automated testing also using Node; and SOAP API automated testing using Python.

Apart from the point raised by the posters above, the following come to mind:

Additionally, automation can support testing via:

When thinking of shifting right, I guess logging and monitoring with its alerts and notifications could also be understood as part of automation.

I agree to the last comment as I have read it only, but I didn’t understand “When thinking of shifting right, I guess logging and monitoring with its alerts and notifications could also be understood as part of automation.”
Kindly Maos explain.

Automation is very useful, and underrated by most, in creating test data for functional and fuzz testing. You can also integrate it into other tools so that they can be loaded in en-masse or non-technical people can use it.

I have a project that uses the Faker.NET framework to generate reams of test data in Excel if anyone is interested.

An implementation of functions for the creation of fake customer test data in Faker.NET (https://www.nuget.org/packages/Faker.Net) to Excel 2013 (as an XLL add-in) and later. Useful when customer p...

Hi @eman, shifting left or right means going beyond the traditional “testing phase” in the work cycle to contribute as tester. Imagine a waterfall diagram:

On the left, it can include pairing with developers and participating in events like three amigos, where the PO/analyst, the developer and the tester discuss a user story or requirement to catch questions and problems early and get a common understanding of what needs to be done.

On the right, it can include working together with support personnel or using monitoring of the production deployment to guide risk analysis and testing decisions.

Especially in a continuous delivery context but also in more traditional settings it’s helpful to look beyond the edge of the own plate to look for a solid foundation for these decisions - and it doesn’t get much more solid than looking what actually happens in live usage of your software.

I hope this helps

Below are some types of testing I applied automation during 5 years working on automation testing:

Regression Testing: For re-testing preexisting application functions that
are being carried forward to new versions (usually the majority, unless
app is brand new)
• Smoke Testing: For getting a quick high-level assessment on the
quality of a build and making go / no-go decision on deeper testing
• Static & Repetitive Tests: For automating testing tasks that are
repetitive and relatively unchanging from one test cycle to the next
• Data Driven Testing: For testing application functions where the same
functions needs to be validated with lots of different inputs & large data
sets (i.e. login, search)
• Load & Performance Testing: No viable manual alternative exists

Challenge - What types of testing can automation support you with? Share an example

Automation is very useful in below areas:

As a manual tester, there are certain tests that cannot be performed by simply executing a combination of steps and requires sophisticated tools to simulate load from the number of users accessing the same applications simultaneously and system vulnerability to attacks/intrusion (XSS scripting).

Hi @maos, thanks for the information.

Challenge - What types of testing can automation support you with? We can automate many types of testing. For example, regression testing will save us from routine. Security testing, Load, Stress testing are very difficult to perform manually. However, it is necessary to monitor the results of the autotests. I believe that this is one of the important parts - a clear presentation of the autotests results, it will help us to react quickly to changes and make the right decisions.

I believe this varies depending on the context. But generally, automation can possibly support heaps in below areas.

Repetitive Tests: Test cases that have a scope to get repeated over a period of time are a good candidate for test automation. This is one of the main reason for teams to usually automate regression/ smoke/ sanity tests. They usually save heaps of time, cost and man power in the long run.
Unit Tests: Automation could also help run those system level unit tests that a developer would want to verify before deploying to staging or test or prod environment.
API Tests: In a situation where the application interacts with multiple services, it makes sense to test those interactions in an automated fashion.
Non Functional Tests: While non-functional sounds too broad, automation is usually in testing the performance aspect more than any other non-functional aspects (UX, UI, Usability) of the application.

You can find the references here too: https://qakumar.wordpress.com/2018/07/05/day-4-what-types-of-testing-can-automation-support-you-with/

Based on this thread and some conversations we’ve been having in slack, it looks like we share a lot of the same experience.

On one hand there seems to be a very conventional idea of “Test Automation.” That is, I have an application, perhaps a web-based one, and I use some software, perhaps Selenium to run tests on it.

On the other hand there is “task automation to assist in testing” and it looks like a lot of us are doing this as well.

I recently learned Selenium, and haven’t been able to use it yet (though I have been practicing!). I may not even have the opportunity to do conventional, automated testing where I work, but I can see a LOT of use for it to speed things up, reflecting what @heather_reid said above.

Similarly I’ve started using a program called AutoIT to greatly speed up some repetitive tasks in a GUI. It might be possible to develop some sort of test framework with AutoIT but I haven’t explored this, and I do not test GUIs at my job.

And then there’s Python to automate…everything. (You know, the boring stuff.) I have written programs to speed up checking of hard to read data files, to pull logs from servers and validate data, and to automate generally boring tasks in the office.

There are a ton of tools out there and I look forward to learning Cucumber, POSTman, and a few others next.

Day 4 of #30DaysOfTesting. What types of testing can automation support you with? Share an example.

Automation can support ALL types of testing. Name me one and I provide an example #30DaysOfTesting #AutomationinTesting

#30daysoftesting Day 4: What types of testing can automation support you with? - What it _cannot_ support is #exploratory #testing - and even here #automation can help with setting up #databases #testdata etc - what u think?

[2/2] #30daysoftesting Day 4: When something will change in layout or when app will stop working from the user point of view GUI tests can help with that. Examples of useful tools, special for GUI tests - #AET #Bobcat #Protractor

Day 4 of #30DaysOfTesting. What testing can automation support you with? From the ground up, Unit Tests, Service Tests, Contract Tests, Platform Tests (Integration), User Journey Tests, Performance, Load....A few from a long list 🙂 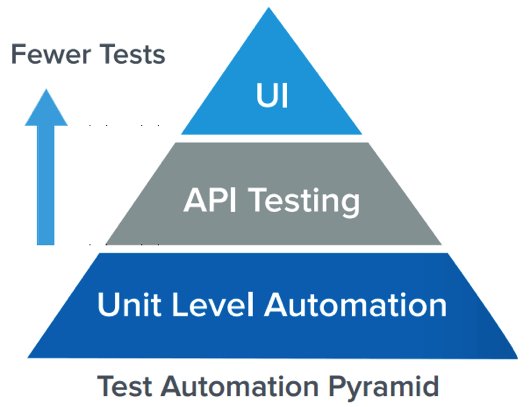 For #30DaysOfTesting day 4, I watched a @SmartBear webinar that introduces two types of testing that can be automated: UI and API. https://t.co/eeURlQMxSM
karishma (Karishma) July 10, 2018, 4:29pm #15

I work on automation for automating the regression tests- of a web app.

Day4: Ok, here’s where I am sad to be late on my challenge since I’m a little late to the discussion.

So, for this one of the things I wanted to say is Regression. Because it’s obvious right? Repetitive tests, big test suits you have to run every 2 months or LESS which sometimes take your entire QA team to be testing for over 2 or 3 days (sometimes more). Count how much money that is. If you are going to be repeating this process every release automating regression sounds like a good idea.

However I was reading this piece which suggest automating Regression tests is bad advise. What the author says

“unfortunately according to many testers and devs, regression testing means run tests over and over – automatically or repeating testing procedures, even worse – repeating them blindly without considering context. Problem is a regression bug is not necessarily a bug that we already know about and have a test about, regression bugs are not bugs who “rose from their graves”. Therefore, repeating tests to find regression bugs is like throwing bunches in the dark to hit a mosquito.”

I read this here:
https://mrslavchev.com/2018/06/21/hindsight-lessons-about-automation-what-tests-to-automate/

Automate all the things

… that can be automated.

Especially in the context of automation as tool supported testing/ confirmation. So everything from small scripts, to coding frameworks to robot automation.

I have implemented Automated Security Testing using OWASP-ZAP where everything is automated…Enabling the zap and then running the scan through API’s. Also, automated functional testing was integrated and run as part of it to have better coverage.
Comparing two documents e.g. pdf’s. This was bit tricky as there are tools to compare web page url’s like launching the url and then taking screenshots. But comparing documents was bit tricky which I have implemnted by converting pdf’s to image and then comparing image pixel-by-pixel. This was achieved by using 2 tools and through 2 commands. Also, section of pdf’s can be ignored from comparing.

If you visit the site:
Source: https://www.atlassian.com/continuous-delivery/different-types-of-software-testing

Below are types of testing that we could apply automation.

Unit tests : Very low level, close to the source of your application.

Integration tests: Verify that different modules or services used by your application work well together, These types of tests are more expensive to run as they require multiple parts of the application to be up and running.

Functional tests : Focus on the business requirements of an application.

Performance testing: Check the behaviors of the system when it is under significant load.

Exploratory testing: Automation is key to make this possible and writing tests sooner or later will become part of your development workflow.