For the month of May, I’d like us to have a bit of fun with the blogs so I’ve chosen the topic:

What’s the most fun you’ve had with a bug

It can be actual fun, or sarcastic “fun” or your own version of fun with a bug. I’m looking forward to reading your different takes on the topic

How to get involved?

such a busy motnh with lots of ongoing challenges, sorry couldn’t be part of it

although there is lot of fun with lovely BUGS

including this one in hands
https://www.instagram.com/p/CIakjMLgPPX/?utm_source=ig_web_button_share_sheet

It was actually fun thinking and writing about this, here’s my post on this topic: 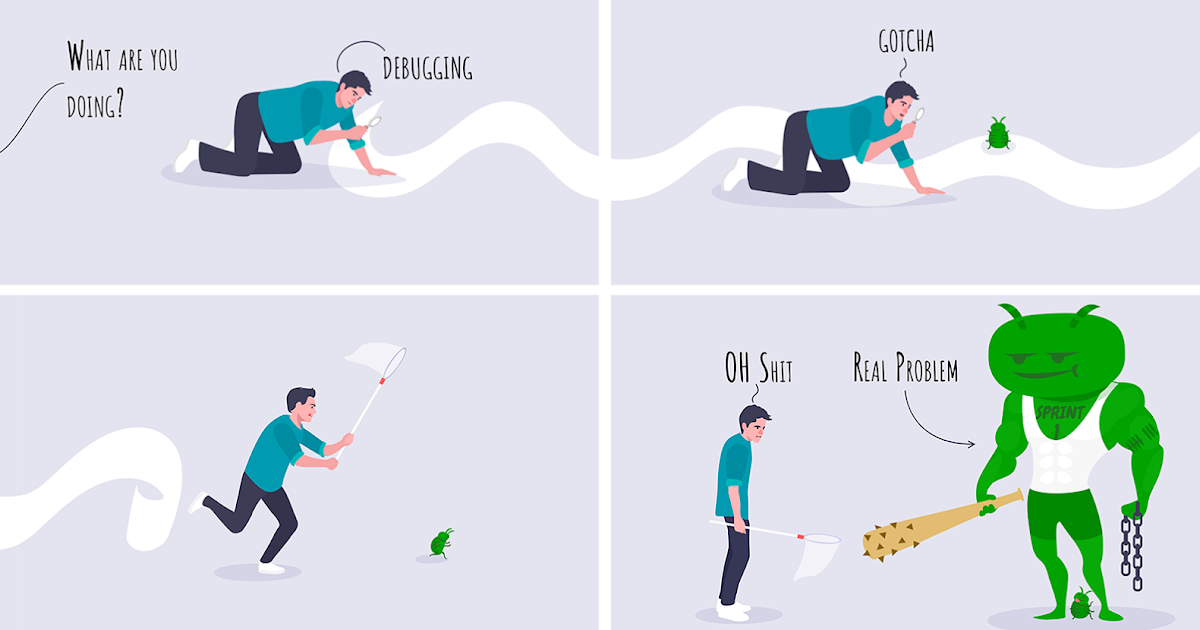 Blog about me (Mirza Sisic) learning to code.

Fair disclaimer: being in situations described in my blog posts wasn’t fun…

first time poster here even though I’ve been an occasional lurker for some time. And I don’t have a blog, so I’ll just post my contribution to this topic here.

Probably the most fun I had with a bug was in 2003, during my first project as a manual tester of onboard car navigation systems. I am Dutch myself, but back then I was working in Germany (a little north of Frankfurt). At some point the customer, the car manufacturer, had found a reproducible crash in the navigation software during a fieldtest near Barcelona. And of course they didn’t have the appropriate loggings made, some other colleagues had been trying to reproduce it in the lab, but they couldn’t. So in the end me and my colleague were told to drive to Barcelona to reproduce it on location.

So we stepped in a testcar, drove towards Spain with an overnight stay halfway in France. We arrived in Barcelona in the late afternoon, checked into our hotel and then went out to have dinner at the nearby Hard Rock Café. While we were in the restaurant we phoned our developer colleague who was still in the office, and we agreed that we would step in the car again and go to the location of the crash and see if we could reproduce it, and at the same time he would run a simulation in the office.

It was already 8 or 9 PM when we drove to the area, and indeed it was 100% reproducible for us. And at the same time the developer back in the office managed to reproduce it as well on his simulation!! So we had basically driven the 1400 km all the way to Spain for nothing

The cause of the crash was a junction of two roads, and each had a very long name. The cluster display above the steering wheel couldn’t cope with it.

I think we did some quick sightseeing that night, and in the morning we headed back towards Germany.

More embarrassing than fun when I look back…

Bloggers Club: What's the most fun you've had with a bug

A blog about a software tester's learning journey

Thanks for sharing, @deament . An excellent read!

I can definitely relate to those head scratching moments of “Have I really done something wrong for it to behave like this or did I just miss something or is there something else going on?”.

During one of my tests I had fun combining XML and the basics of SQL injection. So I came up with XML injection. Alternative title: how I changed the audit log using a web browser.